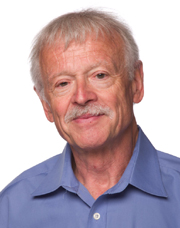 THAT Corporation, a leading provider of high-quality audio technologies, today announced that veteran audio industry expert David Robinson has been appointed as an Executive Advisor.  In this role, Robinson will provide advice and non-binding recommendations to dbx-tv’s executive management team regarding the design and development of TV audio software enhancement solutions, based on his extensive experience and expertise in pro audio.

Robinson joins dbx-tv after serving almost 40 years with Dolby Laboratories. During his tenure at Dolby, Robinson was instrumental in the design and manufacture of professional audio equipment and with consumer technology licensing. He joined Dolby Laboratories in 1966, a year after its founding, soon becoming Chief Engineer, then Vice President, Engineering, then Senior Vice President, Technology. His significant contributions to Dolby’s film sound technology were recognized with an Academy Scientific and Engineering Award (1978). Prior to Dolby, Robinson was a video design engineer for the BBC.

“David and I have been peers and friendly competitors for more than 25 years,” said Les Tyler, President of THAT Corporation (dbx-tv’s parent company). “David is highly respected for the contributions he has made to the pro audio industry, and I know that the infusion of his industry knowledge and experience will help us to develop new audio technologies and solutions for the ever changing TV marketplace.”

“My first introduction to dbx-tv was in the early 80s when Dolby and dbx were competing for the analog stereo audio standard for TV,” said David Robinson. “The Broadcast Television Systems Committee (BTSC) ultimately selected dbx’s Emmy®-award winning BTSC noise-reduction system over Dolby’s prototype and I knew then that dbx-tv was a force to be reckoned with. I am delighted to be working with them now as an advisor to help develop groundbreaking audio enhancement technologies.”

About dbx-tv®
dbx-tv’s audio software enhancement solutions extract high-quality sound from TVs and other consumer devices, even those with the tightest of design constraints. Invented in the 1980s, dbx-tv originated as the Emmy®-award winning BTSC noise-reduction system that is now part of the North American analog-TV audio standard. Today, dbx-tv’s signature suite of TV audio intellectual property (IP) has enabled better audio in more than a billion TVs, set-tops and other devices worldwide. dbx-tv is headquartered just outside Boston, with offices in Silicon Valley, Shanghai, Tokyo and Seoul.